The bitcoin forecast on year 2018 was initially published here last year and lastelty here  after 7 months and was very accurate.

This time the forecast is for the next few months, starting from April 2019.

As we can see the light blue line which represents the Quarterly Model started to move up on the beginning of the year but the green line (monthly model)  and orange line (weekly model) still indictaed downtrend until beginning of April. Only then the quarterly model energy started to manifest and the BTCUSD took up.

This model also indicates a sideways movement with small ups and downs until Aug 2019  and then a rally.

The horozontal lines indicate the best probability price levels of 5% change of the next move. 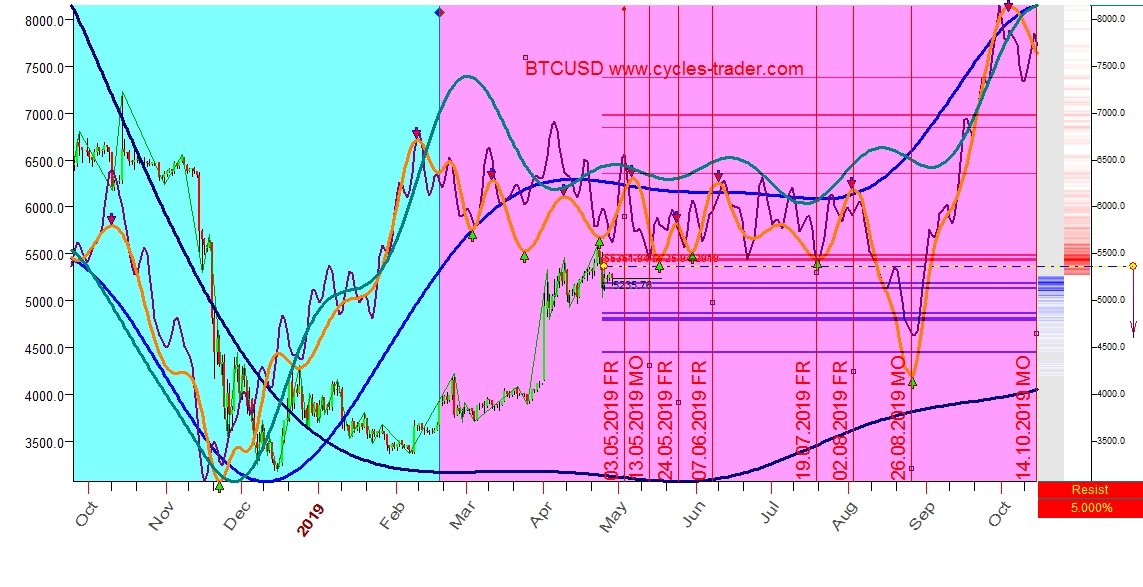